Our Daemons are Different The Daemons of Galebound

Commenters should know that this is a dangerous sort of thing to say around me. No, I'm not upset at the allegation of predictability—oh no, I have no qualms there (Well, yet. I mean, I might later, but I haven't given enough info about the story yet for anyone to accurately call it predictable). The true danger is that I tend to get really, really verbose when asked to explain things and I tend to go well beyond the scope of the actual question.

So, my friend, why daemons?

Short answer: Because I am a giant freakin' nerd.
Medium answer: Probably got influenced by The Bartimaeus Sequence. They're really closer to djinn than demons.
Long answer: Well...

Warning: Mild spoilers follow. I'll try to keep it to a minimum, but really there's only so much one can say about daemons before it veers into spoiler territory. If you search hard enough I've already spoiled some of it when summarizing the story in various places and it's nothing I'm really trying hard to conceal, but... 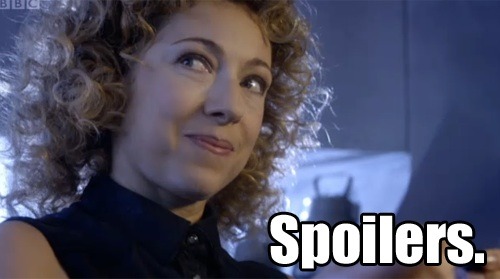 Daemons, in the context of Galebound's world, are mostly nature spirits (a good real-world equivalent would be the Japanese 'Kami'). Specifically, they are spirits that inhabit "living" things of nature—the definition of "living" being a little...shaky. It refers to things that are not bound in stasis, things that change or grow, things that a person might look at and think "yeah, that's definitely alive in some way". Water, plants, fire, wind, lightning, animals—all of these things have and are daemons (Yes, Artemis is technically a minor daemon. Animals are in this weird wibbly-wobbly spot between wild and wrought).

However, that's only a third of the daemon equation (as things on the Dusk tend to run in threes). The aforementioned daemons are referred to as "wild" daemons. Wild daemons exist only in things of nature that have been untouched and unprocessed, either because they've been left in their natural state for convenience, or because something about their nature prevents them from becoming "wrought" (e.g. the ocean cannot be wrought because it's huge. I mean, c'mon, can you even fathom trying?). They've existed since the inception of the world and are the oldest component of magic on the planet, existing even before the daemonization of the Gale.

Before the formation of the Second Gale, magic was more a plea to a daemon with the vague hope that one's wish might be granted. Wild daemons are quite individualistic and whether or not they deigned to comply or even listen was up to the daemon, although some people had more luck with daemons than others (Call it an innate charisma, if you will). One such person is the ancestor of all Magicians as we know them now.

Due to this relationship between humans and daemons, wild daemons are often worshiped as minor deities, even now. For example, sailors might give offerings to storm or sea daemons before their journeys, farmers to daemons of their crops or rain, caravaneers to their horses, etc. Wild daemons, to Exempt people not bound by Obligation, are still the same as they've ever been—spirits that are generally neutral towards mankind, but might be swayed if one is really lucky or devout...depending on the daemon.

Magicians, on the other hand, are able to directly control and command daemons. This is how they use magic, referred to as conjuration.

The other common form of daemon is "wrought": artificial daemons created by human hands. One does not need to be a Magician to create a wrought daemon—no, their creation is surprisingly mundane. To create a wrought daemon, one simply has use an item for a sufficient amount of time, naturally imbuing it with something like a spirit. Even on Earth, this is a concept we might find familiar—for example, one might personify their car as having a personality. Speaking as someone who works with servers for a living, I can say that each server I work with has a mind of its own, some of them being more temperamental than others. Daemons indeed.

Naturally imbuing an item with a wrought daemon is a process that takes years. Magicians, however, can accelerate the process through "enchantment". Enchanting an item is to intentionally grant it a daemon and give that daemon certain attributes. To use an example of an enchantment from the comic, the summoning of items:

Pascal's dagger is not the thing enchanted here (although, of course, it could be). The enchantment is actually on a certain room. Court Magicians traditionally have access to a room, often called the armory, within which they can store items they might need while travelling away from the court (i.e. money, weaponry, etc.). The room is enchanted with a wrought daemon that permits the transportation of items over long distances (although the exact limits of this is unknown and up for experimentation).

Another famous example is Arcein's Ignorance, a certain amulet created by a certain Magician...

One of the most important types of wrought daemon is the city daemon. Cities themselves have a sort of spirit forged by the people living within its borders. Much like the cities they possess (for lack of a better word), city daemons are often slow and ponderous, changing over centuries rather than hours, and are basically immune to enchantment (being much more powerful than any one Magician). However, they are useful to those rare few who have the ability to hear their quiet voice. Historically, city daemons found the most use in informing their city's rulers (often descendants of the city's founders) about the "heartbeat" of their city, such as the mood of its people, or of any dangers that might threaten the city's royal family.

The last type of daemon to discuss is a rather singular example: the Gale itself. While technically a wild daemon, the Gale rules over other daemons and its exact nature is hard to pin down (I mean, it's literally wind, but with more je ne sais quoi). It's commonly referred to as the Ancestral Daemon, which is technically a misnomer considering the Gale (as we know it) is actually only 620 years old by Earth reckoning (a storm did exist before then i.e. the First Gale, but...yeah, that's another story) and it isn't the "ancestor" of daemons. The reason it's called the Ancestral Daemon is because of its role in the Obligation, the current magic system of the Dusk.

In nerd terms, the Gale is init. Daemons are...well, daemons.

In slightly less nerdy terms, the Gale is the carrier of magic...and the thing that enforces it, for better or for worse.